What we will do if Roe is overturned  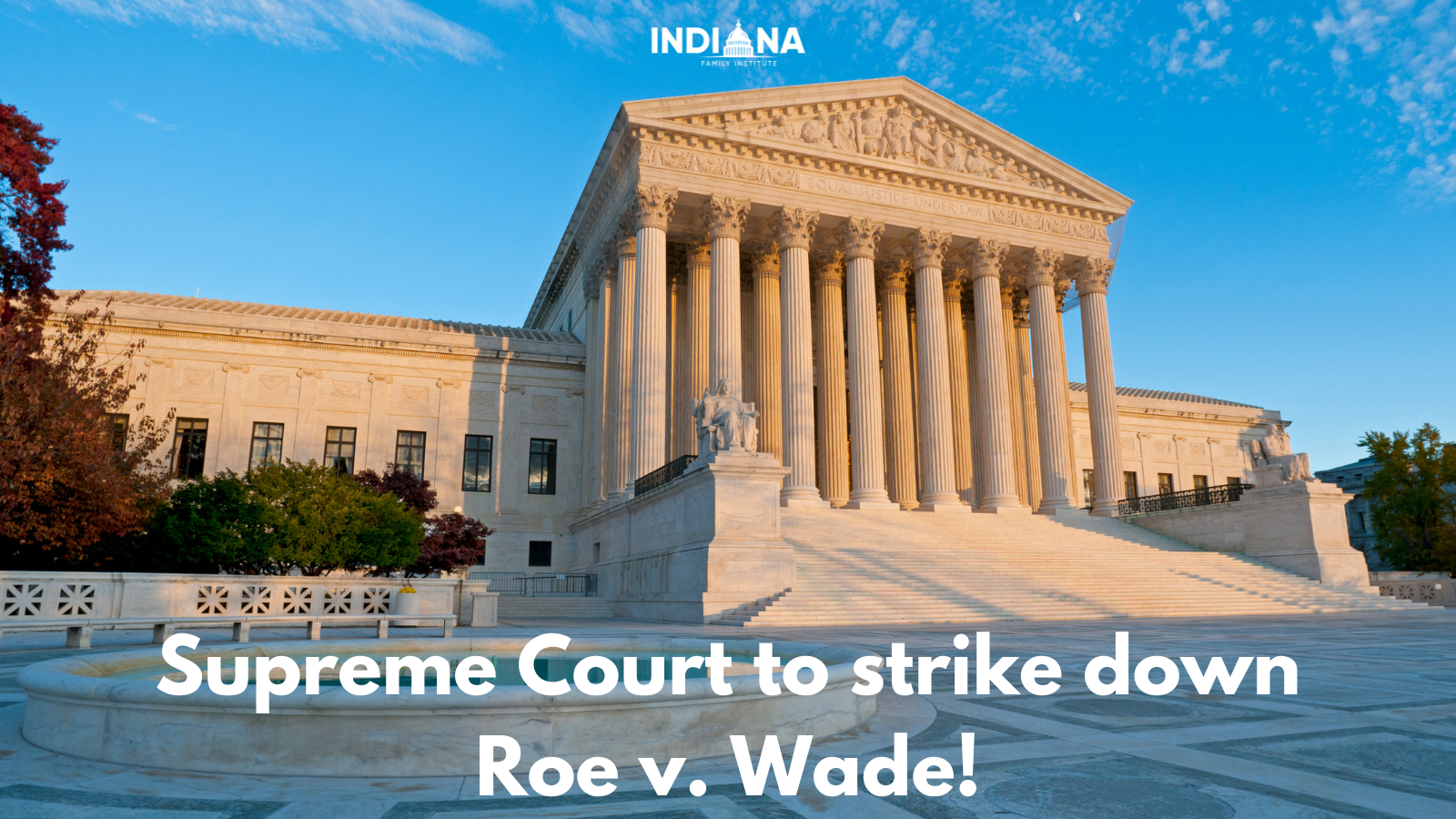 This week, I’m sure you’ve witnessed and experienced the buzz from coast to coast about the expected overturning of Roe v. Wade. Again, the draft written by Justice Samuel Alito that was leaked was just that – a draft – but we have reason to believe that even if it is not final, the tide will turn in favor of life.

Still, our US Supreme Court justices need your prayers, and yesterday being the National Day of Prayer was particularly fitting. A radical left-wing group has published the supposed addresses of six of the SCOTUS justices and is encouraging protestors to descend upon their homes. This, of course, is an attempt to intimidate the justices into changing their votes on the Dobbs ruling.

Our justices – and the nation at large – need our continued prayers.

Despite these disturbances, we have abundant reason for hope.

In a statement to 13WTHR News, Curt Smith, Chairman of IFI, remarked,

“To send the issue of abortion back to the states would be a major step forward. That means each state, all 50 state legislatures, will set abortion policy. Indiana’s a pro-life state, so we would anticipate that it would be largely illegal here if not completely illegal. But, of course, other states might make a different path. But it was shocking news, but heartening news.

In Indiana it means two things: we will quickly, if not immediately, move to update our laws to take full advantage of the opportunity to be a pro-life state. And then I think it means pro-lifers –  we’ve got to redouble our work to support women and babies and let the world know that we really are pro-life.”

Like Curt said, we’ve got to redouble our work!

Thanks to your support, IFI is able to do things like sign onto amicus briefs to the US Supreme Court in support of Dobbs.We are incredibly grateful for your continued support as we prepare to lay the groundwork for a post-Roe Indiana.

We depend on faithful citizens like you. Thank you for your partnership!