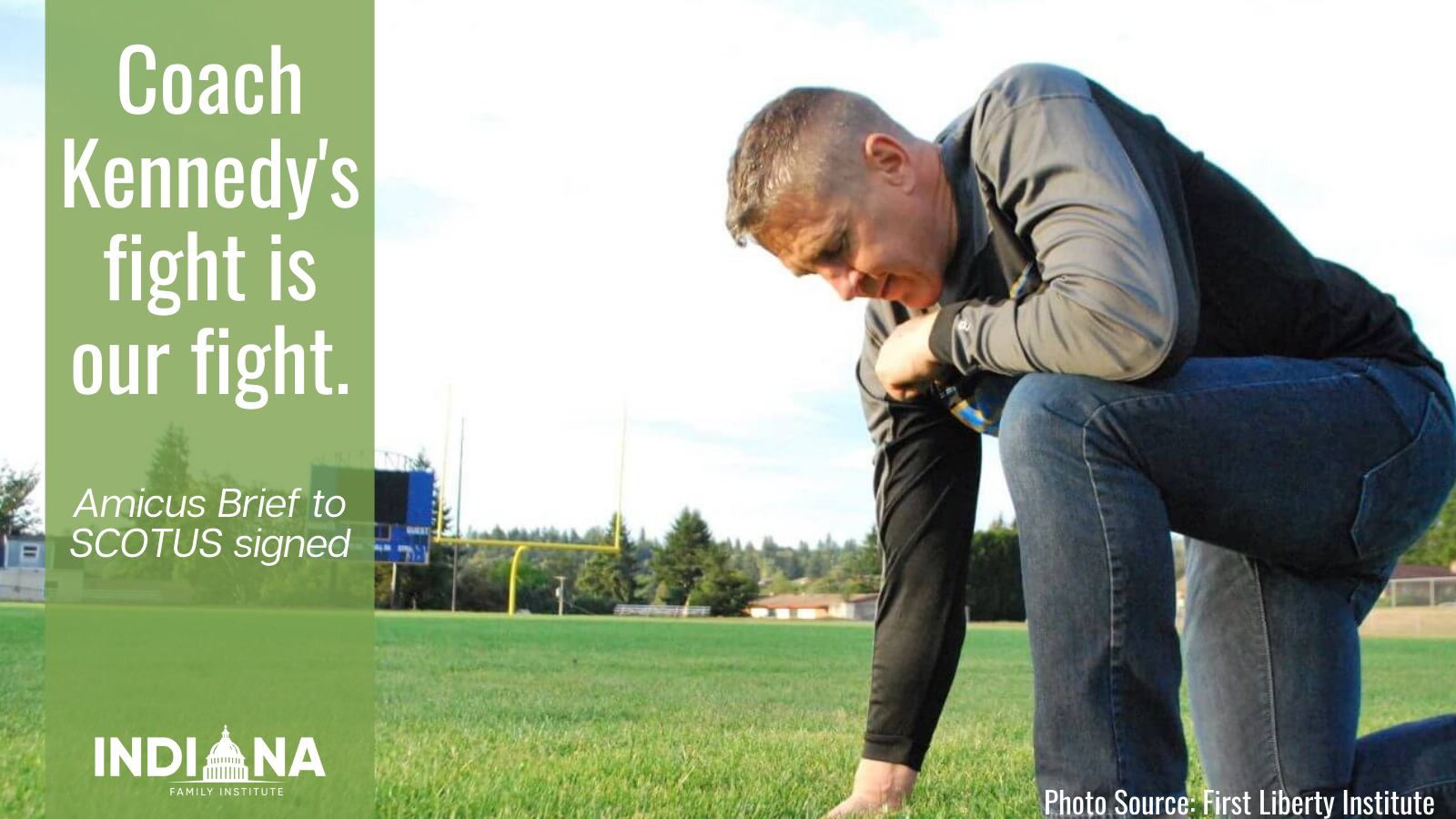 Earlier this week, Indiana Family Institute filed an amicus (friend of the court) brief with the U.S. Supreme Court in favor of Coach Joseph Kennedy, who was fired from a public school in Washington State after he prayed briefly at the 50-yard line.

Following his termination, Kennedy appealed to the U.S. Court of Appeals for the Ninth Circuit where he was subsequently denied. The U.S. Court of Appeals suggested that Coach Kennedy was a bad example to the students when he prayed. Treating such prayers with contempt conflicts with the religion clauses of our Constitution, which protect our religious diversity.

At issue before the Supreme Court is whether the First Amendment speech and religious rights protect Kennedy’s brief prayer following games, and whether the Establishment Clause justifies his dismissal.

The Supreme Court’s modern Establishment Clause cases discuss fostering neutrality towards religion. But when all kinds of controversial speech by teachers is permitted and only religious speech is silenced, it sends a message not of neutrality but of hostility. A short prayer following a game, joined in only by those who wish to join, hardly amounts to an establishment of religion, particularly when the school was clear that it had nothing to do with Kennedy’s activities.

We all suffer when our First Amendment freedoms are violated. A free society should not single out a person’s religious speech for unfavorable treatment.

Coach Kennedy’s story reminds us of Daniel from the Bible. When a wicked law was put into place, Daniel continued to pray despite knowing what consequences lay before him. He obeyed God rather than man and (with some faith-testing bumps along the way) the Lord used him to change the heart of a king. A king! Imagine what God can do with people like Coach Kennedy.

Please pray for Coach Kennedy and his family for strength and peace as their case goes before the Supreme Court. Indiana Family Institute is proud to stand alongside him.

May the Lord grant him favor in the eyes of the Justices and cause them to deliver a fair ruling. And may Coach Kennedy’s godly testimony be used to win souls for Christ.