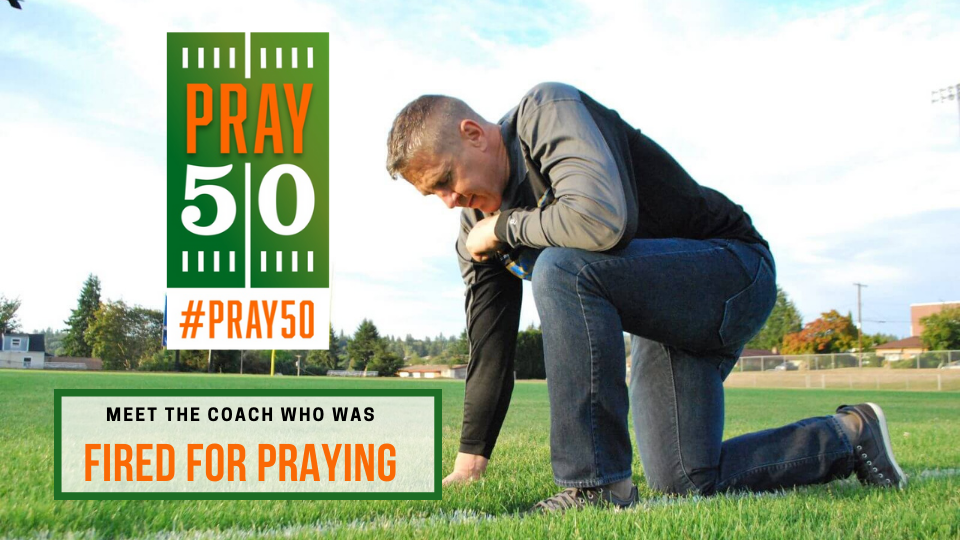 He was a high school football coach in Washington who closed each game with private prayer. Where light shines, however, people are drawn to it, so eventually almost half of his team joined him after every game for prayer and motivational words.

You can expect what happened next: he was fired.

He appealed his case through the judicial system, and next Monday, April 25, the US Supreme Court will be hearing this monumental case. Indiana Family Institute is proud and honored to stand beside him through our amicus brief in support of religious freedom.

We’ve seen what the power of prayer can do (like bringing the Dobbs case to SCOTUS), so we are asking you to join in prayer with us this Sunday, April 24th in the nationwide #Pray50 event!

Throughout the country, groups are gathering at the 50-yard line to pray for Coach Kennedy and religious freedom in America. You can also participate virtually and share the good news with others using the hashtag #Pray50.

As always, thank you for your commitment to making Indiana a place where God is honored and freedom flourishes for the good of all Hoosier families!