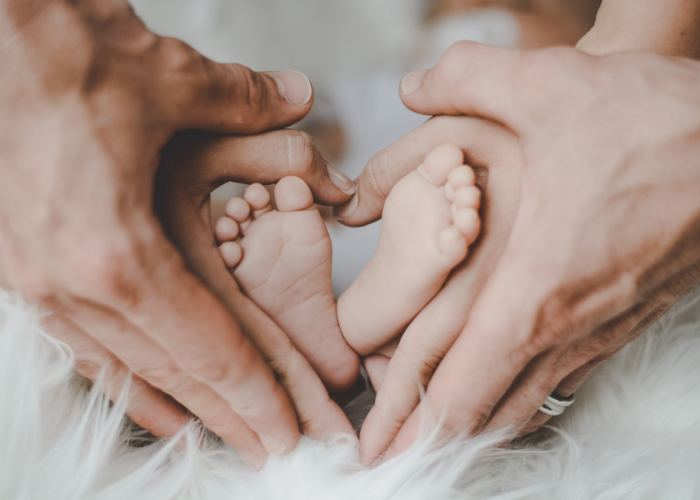 Although Indiana’s legislative session is over, some Republican lawmakers have requested to return for a special session if Roe v. Wade is overturned or altered by the Supreme Court this year. A letter was sent to Governor Holcomb asking him to call them back to discuss changing Indiana’s abortion laws. Major action has been held off as pro-life legislators wait for the Supreme Court’s ruling on a Mississippi law that will hopefully overturn Roe.

As of now, Indiana has some of the strongest pro-life laws in the nation, but if Roe were overturned we could do much more. Although the federal courts have overturned some of our pro-life laws, the Dobbs decision could change that.

While our state has made great strides to limit legal abortions, there is still more to be done. A special session is needed for lawmakers to implement even stronger protections for the unborn child.

The fate of abortion lies in the ruling of Dobbs vs. Jackson Women’s Health Organization. The law from Mississippi “protects the health of pregnant mothers, the dignity of unborn children, and the integrity of the medical profession by limiting abortions after 15 weeks in gestational age, permitting them only in medical emergencies or for severe fetal abnormality.”

Here’s what’s at stake: “[i]f the Supreme Court decides that Mississippi’s commonsense law is constitutional, it will upend Roe v. Wade, freeing states to enact abortion laws based on the wishes and values of their citizens.” Therein lies the conflict and why the justices’ decision is so paramount to the future of abortion.

Please continue to pray for the Supreme Court and our justices, that they would deliver a favorable outcome and stand up for the lives of the unborn. Just imagine a world where life is treasured instead of torn apart. With Roe overturned, that dream is one step closer to becoming reality.

Prayer is our greatest weapon! Pray for Indiana legislators, pray for the end of Roe, pray for a changing culture on abortion, and pray for the next generation of pro-life leaders.

SUPPORT SB 402: Referring to child by biological sex is not child abuse

Summary:
Among other provisions, Senate Bill 402 provides that a parent referring to a child by their biological sex does not constitute child abuse or neglect.

Analysis:
Unfortunately, the left has increasingly put pressure on government agencies like the Department of Child Services (DCS) to include a parent refusing to refer to their child by their ‘preferred’ pronoun. Parents should not be subject to potential legal ramifications for referring to their child by the sex they were biologically born with. The Bible tells us, “So God created man in His own image; He created Him in the image of God; He created them male and female.” Conservative and Christians parents should not face potential charges of child abuse for raising their child up in a biblically sound manner. Referring to their child as the sex God designed the child to be should not be considered child abuse.

Conclusion:
Overall, referring to a child in the way God created them is not child abuse. Thus, it is necessary the General Assembly pass this legislation to ensure that conservative parents can raise their children up in the way they should go without governmental interference. A child’s biology defines their sex, not the whims of gender identity or the LGBTQ agenda.

Analysis:
According to a study published by Heartbeat International, the world’s largest worldwide network of pregnancy help organizations, 64% of women who receive an abortion feel undue pressure to abort their child. In addition, the vast majority of abortion clinics fail to screen for this potential coercion in the abortion process. These statistics are simply heartbreaking. Women should feel supported and loved during the miracle of pregnancy. Every child is a gift with limitless potential. To allow women to be coerced into receiving an abortion, and ending the life of their child, is an egregious mistake. House Bill 1217, authored by Representative Joanna King, would help prevent this coercion in the abortion process by requiring clinics to screen for potential coercion prior to allowing the pregnant woman to receive an abortion procedure. In addition, the bill would hold abortion facilities accountable by requiring abortion providers to report coerced abortion to proper law enforcement. Furthermore, abortion facilities are prevented from employing a provider who violates the mandatory reporting statute by making such employment a Class C infraction. Finally, the bill protects women from unwanted and undeserved pressure during their pregnancy by making it a Level 6 felony to knowingly or intentionally coerce a woman to have an abortion. This stipulation protects not only the mother, but also protects the innocent child from having their life ended due to coercion during pregnancy.

Conclusion:
House Bill 1217 honors and protects Hoosier women by establishing a penalty if anyone coerces a woman into an abortion. This legislation also protects innocent Hoosier children from an unwanted abortion, by setting forth the legal structure to make coercion less likely to occur.

Summary:
House Bill 1041 requires athletic events to be designated as: 1) a male, men’s, or boys’ team or sport; 2) a female, women’s, or girls’ team or sport; 3) a coeducational or mixed team or sport. This bill prohibits biologically male students from participating in female sports. It protects most educational institutions from liability in a civil, administrative, disciplinary, or criminal action.

Analysis:
Over the last few years, Americans have watched liberals redefine gender identity in sports. Progressives claim that all individuals should be allowed to compete in men and women’s sports based on the gender they identify as. Women and girls across the United States have faced the unfair consequences of this unsound practice, as individuals who were born male, now claim to be female, and dominate women’s sports.

However, we know that our Creator endowed men and women with different biological abilities. For example, a study in the Journal of Applied Physiology found that men had an average of 26 lbs. more skeletal muscle mass than women. The same study found that women exhibit 40% less upper-body strength and 33% less lower-body strength than males. Based on these facts, we know that biologically male athletes have an inherent advantage over biologically female athletes. In order to preserve the integrity of Hoosier women and girls sports, HB 1041 prevents biological males from competing in women’s sports.

Conclusion:
Hoosier sports have a long history of fair, competitive women’s sports play. Indiana must not allow this winning tradition to be ruined by unsound liberal fantasy. It is critical that the Indiana General Assembly preserve and protect the veracity of women’s sports by passing HB 1041 into law this session.