Abortion pill complications required to be reported to FDA 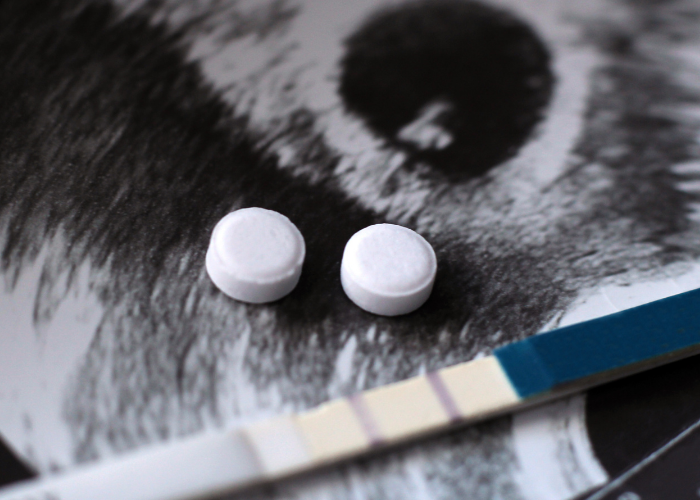 On February 9, Indiana congresswoman Jackie Walorski introduced the Safeguarding Women’s and Children’s Health Act of 2022. This legislation would require that abortion pill complications be reported to the U.S. Food and Drug Administration (FDA) and the drug manufacturer. Due to the adverse side effects associated with the pill, the bill seeks to inform women of the risks as well as improve tracking of complications.

Currently, only 28 states require abortion clinics to report complications from the pill (Indiana is among them) and yet, those who do not comply are rarely penalized.

Rep. Walorski spoke on the legislation explaining that “[a]s chemical abortions become more frequent, American women need to know the risks of abortion pills such as mifepristone. While the Biden Administration’s FDA recklessly removes guardrails on chemical abortion drug prescribing, too many of the facts are unknown. Women who take abortion drugs are ending up in emergency rooms – or worse.”

“Dangerous abortion pill side effects are killing women and their children. We can’t allow deadly complications to fly under the radar. The American people need to know the truth. The Safeguarding Women’s and Children’s Health Act will strengthen transparency at the FDA and expose the true cost of these drugs,” she continued.

Contrary to popular belief, abortion pills are extremely dangerous and pose significant risks for pregnant women. While the abortion industry advertises that they are safe and successful, serious health complications can ensue, some even life-threatening.

Research has shown that abortion pills are four times more dangerous than surgical abortions performed during a woman’s first trimester. Complications can include hemorrhaging (if experiencing an undiagnosed ectopic pregnancy), infection, or even an incomplete abortion if the woman is further along than expected.

Furthermore, at-home abortions have become increasingly popular since Covid’s shift to virtual healthcare. Abortion pills can now be sold online or through the mail, per recent changes to the safety requirements of the FDA under the Risk Evaluation and Mitigation system, without the requirement of medical oversight. These changes have led to the expansion of virtual abortion pill dispensaries that operate under minor supervision.

This lack of medical oversight has resulted in major repercussions. A study on the expansion of telemedicine abortion services revealed that 6% of their participants ended up in the emergency room or urgent care from abortion pill related issues and 10 serious adverse events occurred, 5 of them needing transfusions (0.4%).

The risks associated with chemical abortion are real, and people need to be informed. This legislation would help ensure that the FDA and abortion pill manufacturers are held responsible for their actions. I’m very thankful that we have a number of pro-life members of Congress right here in Indiana who will stand up for women and the unborn. 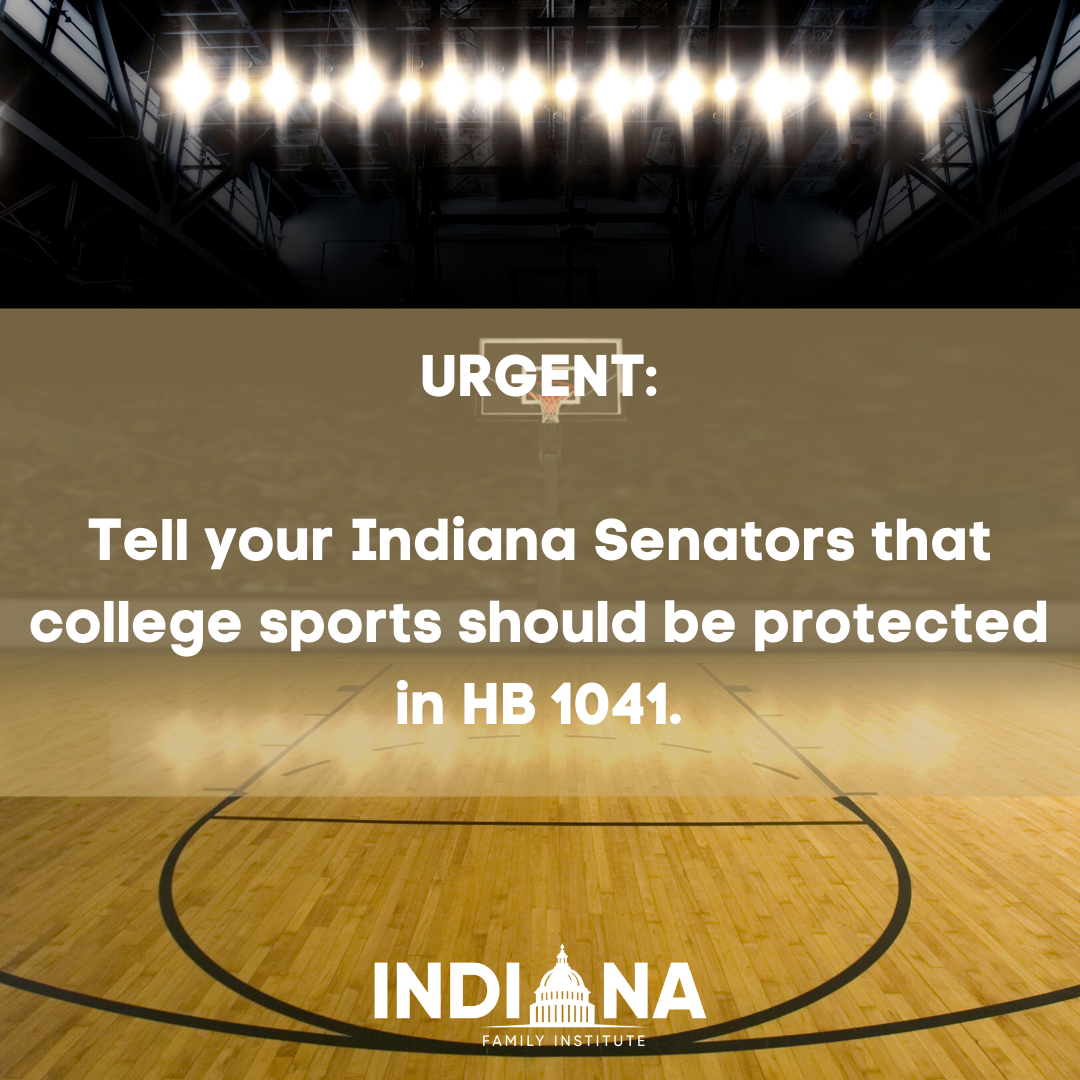 We’re getting down to the wire with HB 1041. The Senate Education Committee will likely cast its final vote on the bill tomorrow.

This vital piece of legislation protects fairness in women’s sports, but it still does not apply to college sports as it stands.

Female athletes in college deserve better than to have their hard work undermined by competitors with a scientifically-proven advantage.

Can you ask your friends and family to reach out to the Senators on the Education committee making a key decision on protecting girls playing sports in the state of Indiana?

We need everyone on board so our voices are heard loud and clear.

You can use this link to urge our representatives to amend this bill and protect female sports at all levels, including college.

We must restore women’s rights by reestablishing a level playing field for all female athletes and preventing dangerous identity politics from hindering their success.

It’s important for our senators to know what their constituents want so they can vote accordingly, and it is our duty to speak up.

SUPPORT SB 402: Referring to child by biological sex is not child abuse

Summary:
Among other provisions, Senate Bill 402 provides that a parent referring to a child by their biological sex does not constitute child abuse or neglect.

Analysis:
Unfortunately, the left has increasingly put pressure on government agencies like the Department of Child Services (DCS) to include a parent refusing to refer to their child by their ‘preferred’ pronoun. Parents should not be subject to potential legal ramifications for referring to their child by the sex they were biologically born with. The Bible tells us, “So God created man in His own image; He created Him in the image of God; He created them male and female.” Conservative and Christians parents should not face potential charges of child abuse for raising their child up in a biblically sound manner. Referring to their child as the sex God designed the child to be should not be considered child abuse.

Conclusion:
Overall, referring to a child in the way God created them is not child abuse. Thus, it is necessary the General Assembly pass this legislation to ensure that conservative parents can raise their children up in the way they should go without governmental interference. A child’s biology defines their sex, not the whims of gender identity or the LGBTQ agenda.

Analysis:
According to a study published by Heartbeat International, the world’s largest worldwide network of pregnancy help organizations, 64% of women who receive an abortion feel undue pressure to abort their child. In addition, the vast majority of abortion clinics fail to screen for this potential coercion in the abortion process. These statistics are simply heartbreaking. Women should feel supported and loved during the miracle of pregnancy. Every child is a gift with limitless potential. To allow women to be coerced into receiving an abortion, and ending the life of their child, is an egregious mistake. House Bill 1217, authored by Representative Joanna King, would help prevent this coercion in the abortion process by requiring clinics to screen for potential coercion prior to allowing the pregnant woman to receive an abortion procedure. In addition, the bill would hold abortion facilities accountable by requiring abortion providers to report coerced abortion to proper law enforcement. Furthermore, abortion facilities are prevented from employing a provider who violates the mandatory reporting statute by making such employment a Class C infraction. Finally, the bill protects women from unwanted and undeserved pressure during their pregnancy by making it a Level 6 felony to knowingly or intentionally coerce a woman to have an abortion. This stipulation protects not only the mother, but also protects the innocent child from having their life ended due to coercion during pregnancy.

Conclusion:
House Bill 1217 honors and protects Hoosier women by establishing a penalty if anyone coerces a woman into an abortion. This legislation also protects innocent Hoosier children from an unwanted abortion, by setting forth the legal structure to make coercion less likely to occur.