Summary:
House Bill 1041 requires athletic events to be designated as: 1) a male, men’s, or boys’ team or sport; 2) a female, women’s, or girls’ team or sport; 3) a coeducational or mixed team or sport. This bill prohibits biologically male students from participating in female sports. It protects most educational institutions from liability in a civil, administrative, disciplinary, or criminal action.

Analysis:
Over the last few years, Americans have watched liberals redefine gender identity in sports. Progressives claim that all individuals should be allowed to compete in men and women’s sports based on the gender they identify as. Women and girls across the United States have faced the unfair consequences of this unsound practice, as individuals who were born male, now claim to be female, and dominate women’s sports.

However, we know that our Creator endowed men and women with different biological abilities. For example, a study in the Journal of Applied Physiology found that men had an average of 26 lbs. more skeletal muscle mass than women. The same study found that women exhibit 40% less upper-body strength and 33% less lower-body strength than males. Based on these facts, we know that biologically male athletes have an inherent advantage over biologically female athletes. In order to preserve the integrity of Hoosier women and girls sports, HB 1041 prevents biological males from competing in women’s sports.

Conclusion:
Hoosier sports have a long history of fair, competitive women’s sports play. Indiana must not allow this winning tradition to be ruined by unsound liberal fantasy. It is critical that the Indiana General Assembly preserve and protect the veracity of women’s sports by passing HB 1041 into law this session.

Analysis:
As the last few years have shown us, higher education institutions are trending toward limiting conservative organizations full exercise of their freedom of speech rights. Organizations that celebrate left leaning and progressive ideologies are given large platforms on college campuses. These liberal organizations are praised and promoted by higher education officials for their ‘inclusive’ and ‘progressive’ viewpoints.

UPDATE on HB 1041 to Save Women’s Sports 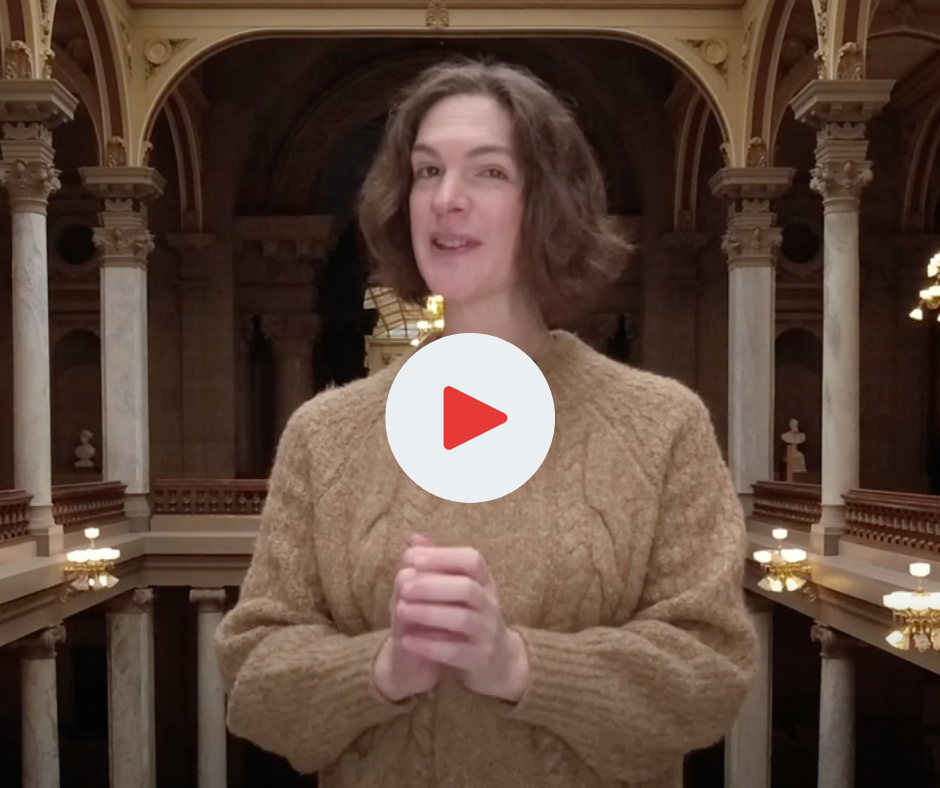 HB 1041 was heard in the Senate Education Committee yesterday. As is the custom in that committee, testimony was heard on the bill, but any amendments and a final vote on the bill in the committee will most likely take place next Wednesday at 1:30pm.  You can watch the video live here at that time:

Supporters of HB 1041 rationally, and with science on their side, argued that males have certain biological advantages to women and that by allowing biological men to compete on women’s sports teams, women are put at a competitive disadvantage. With a unified voice, proponents also testified that protections for women’s sports must include college athletics.

Those who have spoken out in favor of protecting women’s sports, both in the House and the Senate, include Democrats, Independents, Republicans, doctors, nurses, men, women, athletes, coaches, moms, transsexuals, liberals, conservatives, and the politically agnostic. A broad coalition is standing up for women in Indiana.

Author Rep. Michelle Davis and Sponsor Sen. Stacey Donato eloquently represented the bill. HB 1041 should be a non-partisan opportunity to stand up for women’s rights and assure girls and women in Indiana that when they compete in athletics within our public institutions at all levels, including college athletics, they will be given fair treatment.

Yet, you will not hear this in the media. You are probably already seeing headlines that HB 1041 would “prevent trans girls from playing in sports.” This is a lie. Once HB 1041 is, hopefully, amended next Wednesday to include college athletics and eventually passed into law, every Hoosier will continue to be allowed to participate in sports as they have in the past. The only difference will be that biological males who wish to compete in organized sports governed by the State of Indiana will have to compete against other biological males or in co-ed leagues and will not be able to continue an unfair advantage over biological females in women’s sports.

You will also not hear Corrina Cohn’s story.  Here it is:

Please contact your Senator and the Senate Education Committee and let them know you support female athletes all the way through college athletics! 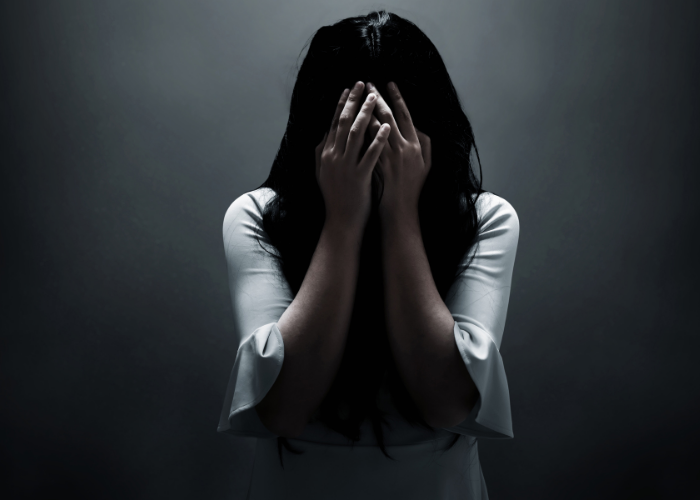 Last week, the Indiana House of Representatives voted to advance crucial pro-life legislation. House Bill 1217 makes coercing a woman into an abortion a felony and requires that any woman seeking an abortion is informed that coerced abortion is illegal. If an employee of an abortion clinic believes a woman is being coerced, the worker would be instructed to offer the woman a telephone and alternate exit from the building.

Coerced abortion is unfortunately a frequent occurrence. Studies show that 64% of women who seek abortions feel pressure to abort, and 67% of post-abortive women said they were not offered any counseling before undergoing an abortion. Many women experience intimidation from employers, threats of violence and homelessness, or cycles of abuse from their partners, leading them to feel as though abortion is their only option.

While it’s clear that women need protection, Planned Parenthood has outspokenly opposed our bill here in Indiana. Lisa Humes-Schulz, Vice President of Policy and Regulatory Affairs for Planned Parenthood Alliance Advocates released a statement on the bill. “HB 1217 has nothing to do with protecting pregnant people from coercion and everything to do with endangering patient safety and access to time-sensitive essential care…This bill would actually further endanger patient safety and access and we urge the Senate to reject it.”

If Planned Parenthood really cared about women or “choice,” as they claim, they would support this bill. The bill simply protects women from being forced to make a life-changing decision under coercion that ultimately leads to harm and grief. Planned Parenthood only cares to protect its industry.

Planned Parenthood’s opposition makes sense in light of the fact that it is responsible for 40% of abortions nationwide. Ensuring that women aren’t being forced into an abortion might mean that fewer are performed and thus, less revenue. This is the real reason Planned Parenthood opposes the bill.

No woman should ever feel the need to end the life of her child out of fear or desperation.

Please contact your local representatives and urge them to pass HB 1217. Let’s also keep women who are in troubling situations and feeling pressured to abort in our prayers. Please pray that they may be able to see beyond their circumstances and recognize the value of their child. 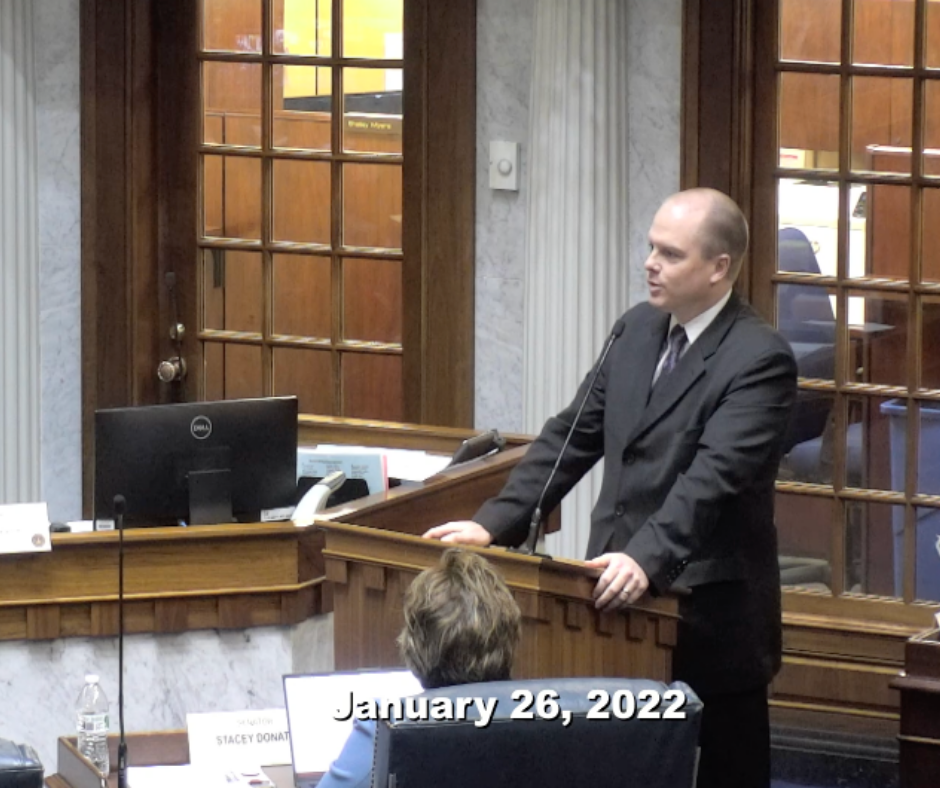 Indiana Family Institute has been working to support SB 11, and it just passed in the Senate yesterday.

The bill allows documents of educational or historical significance with religious language to be displayed on property owned by the state. Further, a displayed document may be accompanied by a statement providing its context in American history.

I had the pleasure of testifying in front of the Senate Education and Career Development Committee in support of this bill last week. You can click here to watch the testimony beginning around the 38:00 minute mark. (After clicking the link, select the “Meeting” dropdown and choose Wednesday, January 26th to find the video.)

Part of ensuring that families can flourish is understanding the history of our nation and the men and women who came before us, allowing us to enjoy the rights and privileges that we have.

Many of our foundational documents, including the Declaration of Independence, Washington’s Farewell Address, and many others, contain religious language. It would be a shame if they were removed from state property simply because of the Christian themes that they promote.

SB 11 simply protects the ability of the state to display these documents. Further, displaying historical documents is important for the education of all Hoosiers and it allows us to encourage, embrace, and be proud of our national heritage. An electorate who understands our history is vital to protecting our freedoms. Therefore, it’s important that we promote this practice through legislation.

SB 11 now heads to the House for a vote. Contact your legislators and urge them to support SB 11.

Thank you for your continued prayers and support. It is because of you that we are able to impact our state laws and promote faith, family, and freedom in Indiana.