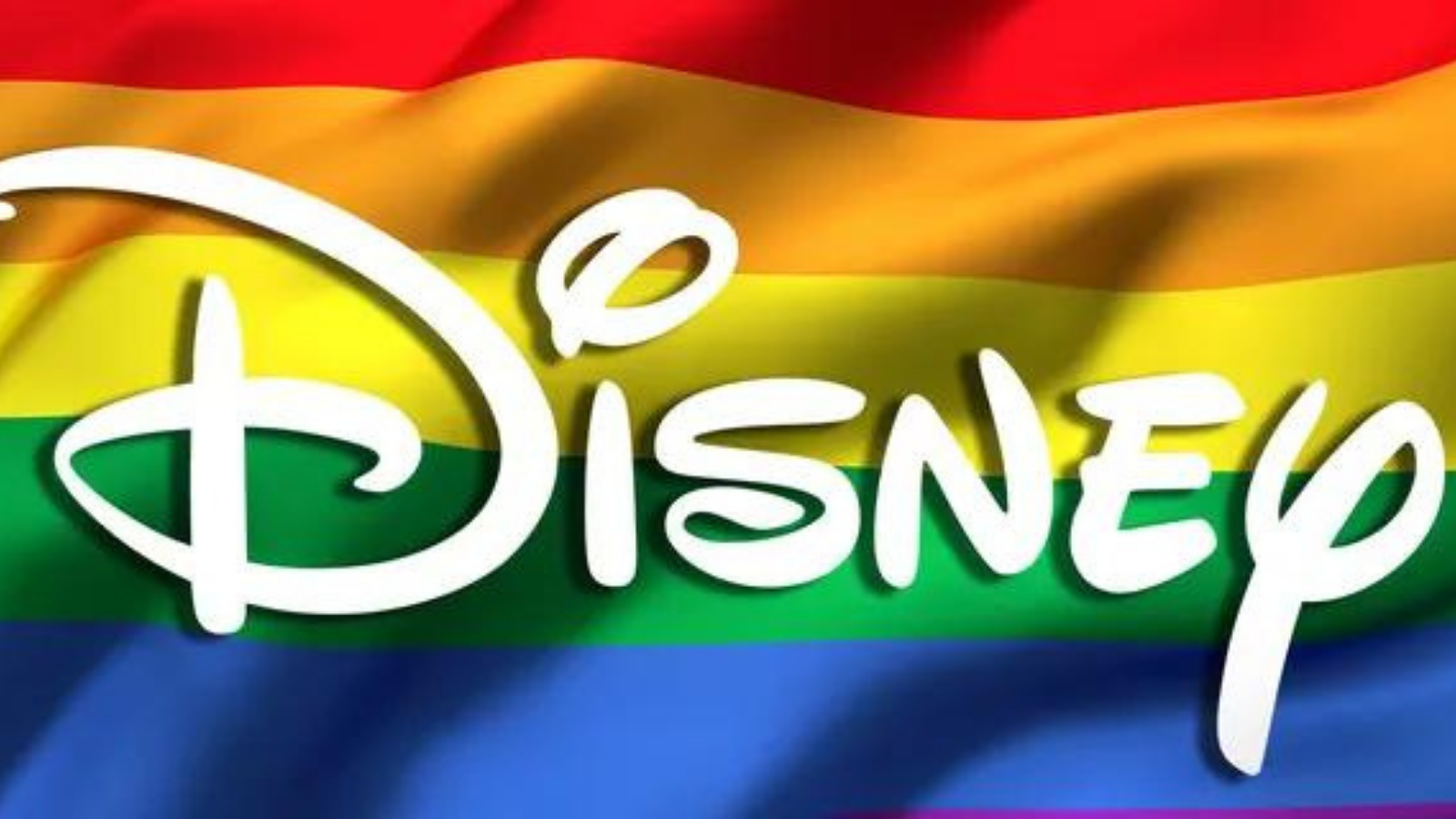 The wonderful world of Disney has finally succumbed to the woke mob.

A recent leaked video obtained by journalist Christopher Rufo shows Disney employees boasting about pushing LGBT lifestyle into its content in response to the so-called “Don’t Say Gay” bill. Executive producer Latoya Raveneau explained that Disney was very welcoming of her pro-LGBT ideas, and she bragged about adding queerness wherever she could. The company has also created a Reimagine Tomorrow initiative, a program where “50% of regular and recurring characters across Disney General Entertainment scripted content will come from underrepresented groups” by 2022.

A new poll revealed that 68.2% of consumers are less inclined to give Disney their business and would rather support other family-friendly alternatives.

The company was also criticized on social media with people expressing their disappointment and anger. On Twitter, the phrase “Disney Groomers” was trending last week, and one user was even temporarily locked out of his account for referring to the corporation as “groomers.”

In classic liberal gaslighting fashion, the left is furious about being rightfully called “groomers” for pushing sexual content onto children behind parents’ backs. With all the backlash they’ve received from their opposition to Florida’s law, they are offended that people are seeing them for who they really are: a woke mob obsessed with indoctrinating our children.

The law, which doesn’t even have the word “gay” in it, simply affirms that parents have the right to control what their children are learning in school. It “protects children from inappropriate discussions of ‘gender identity’ and ‘sexual orientation’ in kindergarten through 3rd grade, and it requires school employees to tell parents if their child is struggling with physical, mental or emotional problems.”

Teachers are prohibited from talking about these subjects without parental consent, which is as it should be. All parents of all political persuasions should agree on that.

This is evident right here in Indiana. In Fort Wayne, a self-funded grassroots movement of parents is making waves with its billboard that reads “Protect our children” and advertises the book Irreversible Damage: The Transgender Craze Seducing Our Daughters by Abigail Shrier. Parents are recognizing that these latest indoctrination pushes from the left go far beyond run-of-the-mill politics.

As the old saying goes, “If it ain’t broke, don’t fix it.” Disney began as a fantastical, magical place where kids could dream big and experience beautiful stories of friendship, adventure, wonder, and happily ever afters. Now it has trampled on its namesake’s vision by perverting it with woke, sexual ideology all in the name of “inclusion.”

People are finally seeing the left for what it is and how it destroys everything it touches. Without support from consumers, Disney will continue to lose business. After all, what’s woke goes broke. A small price to pay in the fight to protect our children.

On a hill outside Jerusalem… Two thousand years ago, on a hill outside of Jerusalem, our Lord Jesus was crucified on a cross. The mighty lion of Judah, the Messiah, the King of Kings became the Lamb of God, the perfect, sinless sacrifice who suffered, bled, and died for our iniquity.

Isaiah 53:5 reminds us that “he was pierced for our transgressions; he was crushed for our iniquities; upon him was the chastisement that brought us peace, and with his wounds we are healed.” What a powerful and sobering passage to meditate on as we remember the incomprehensible suffering He endured for the sake of our redemption.

His body beaten, torn, and broken for us. His blood shed and poured out. Mocked, reviled, spit on, betrayed. Abandoned, denied, accused. All this and more because of His great love for us.

Praise God that He did not leave us in our sins. Jesus accomplished the ultimate act of love by becoming a man, living a sinless life, and dying a horrific death that He did not deserve. By His stripes we have been healed. Every lash, every burdened step, every pierce of the nails was a proclamation of love.

On this Good Friday, we remember that we are no longer slaves to sin but have been purified by the blood of the cross – the beautiful, glorious cross.

A means of death became one of life. The rich words of this hymn say it well:

Will your elected representatives vote to override the veto? 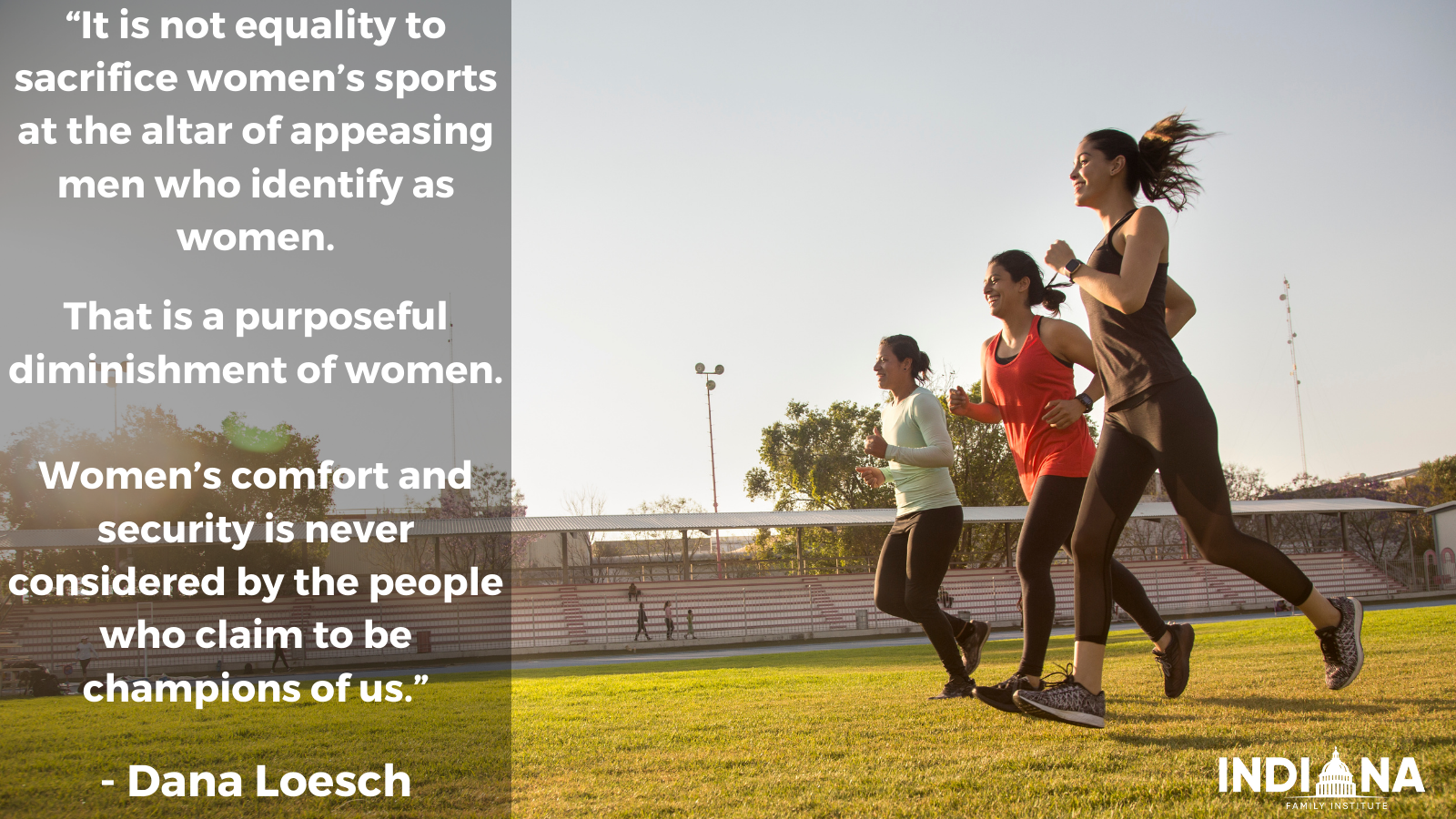 A group of swimmers from the University of Arizona which includes former Olympians wrote a letter to the NCAA expressing their frustration at the organization’s allowance of biological male “Lia” Thomas to compete in the women’s championship.

The letter was sent to the NCAA Board of Governors last month condemning the organization for failing female collegiate athletes by bowing to the woke mob in order to appear more “inclusive.”

“It’s hard to express the anguish the women’s swim community has experienced this past week watching the 2022 NCAA Swim & Dive Championships,” the letter begins. “On one hand, we feel we are witnessing irrevocable damage to a sport that has transformed our own identities for the better. On the other, we have reconnected with each other in sisterhood after many busy years living our lives beyond the water’s edge.”

By forcing female athletes to compete against a biological male, the NCAA destroyed the integrity of the championship and endorsed the erasure of women from their own sport. Thomas broke records and stole a qualifying spot in the finals that rightfully belonged to a woman.

The left’s so-called platform of “equality and inclusion” could not be more false as they continue to further LGBT rights at the expense of hardworking women. Not only that, but anyone who disagrees or tries to speak out against this explicit inequality is unjustly smeared as a bigot.

Hoosiers have been loud and clear from the beginning of their support of female athletes and yet Governor Holcomb has chosen to side with woke progressives and remain in their favor instead of standing up for what is right. By vetoing HB 1041, he has revealed his true colors.

Although we are disappointed that HB 1041 only protects K-12 women’s sports and doesn’t include college, we believe this is an important first step and look forward to coming back next session to protect women’s college athletics.

We cannot stand idly by and watch as women are cheated out of their sports by biological men.

Urge your lawmakers to override the Governor’s veto and save women’s sports. Don’t give in to the woke mob’s demands. Female athletes need our support, and we must be strong and courageous to fight for their future.

Although Indiana’s legislative session is over, some Republican lawmakers have requested to return for a special session if Roe v. Wade is overturned or altered by the Supreme Court this year. A letter was sent to Governor Holcomb asking him to call them back to discuss changing Indiana’s abortion laws. Major action has been held off as pro-life legislators wait for the Supreme Court’s ruling on a Mississippi law that will hopefully overturn Roe.

As of now, Indiana has some of the strongest pro-life laws in the nation, but if Roe were overturned we could do much more. Although the federal courts have overturned some of our pro-life laws, the Dobbs decision could change that.

While our state has made great strides to limit legal abortions, there is still more to be done. A special session is needed for lawmakers to implement even stronger protections for the unborn child.

The fate of abortion lies in the ruling of Dobbs vs. Jackson Women’s Health Organization. The law from Mississippi “protects the health of pregnant mothers, the dignity of unborn children, and the integrity of the medical profession by limiting abortions after 15 weeks in gestational age, permitting them only in medical emergencies or for severe fetal abnormality.”

Here’s what’s at stake: “[i]f the Supreme Court decides that Mississippi’s commonsense law is constitutional, it will upend Roe v. Wade, freeing states to enact abortion laws based on the wishes and values of their citizens.” Therein lies the conflict and why the justices’ decision is so paramount to the future of abortion.

Please continue to pray for the Supreme Court and our justices, that they would deliver a favorable outcome and stand up for the lives of the unborn. Just imagine a world where life is treasured instead of torn apart. With Roe overturned, that dream is one step closer to becoming reality.

Prayer is our greatest weapon! Pray for Indiana legislators, pray for the end of Roe, pray for a changing culture on abortion, and pray for the next generation of pro-life leaders. 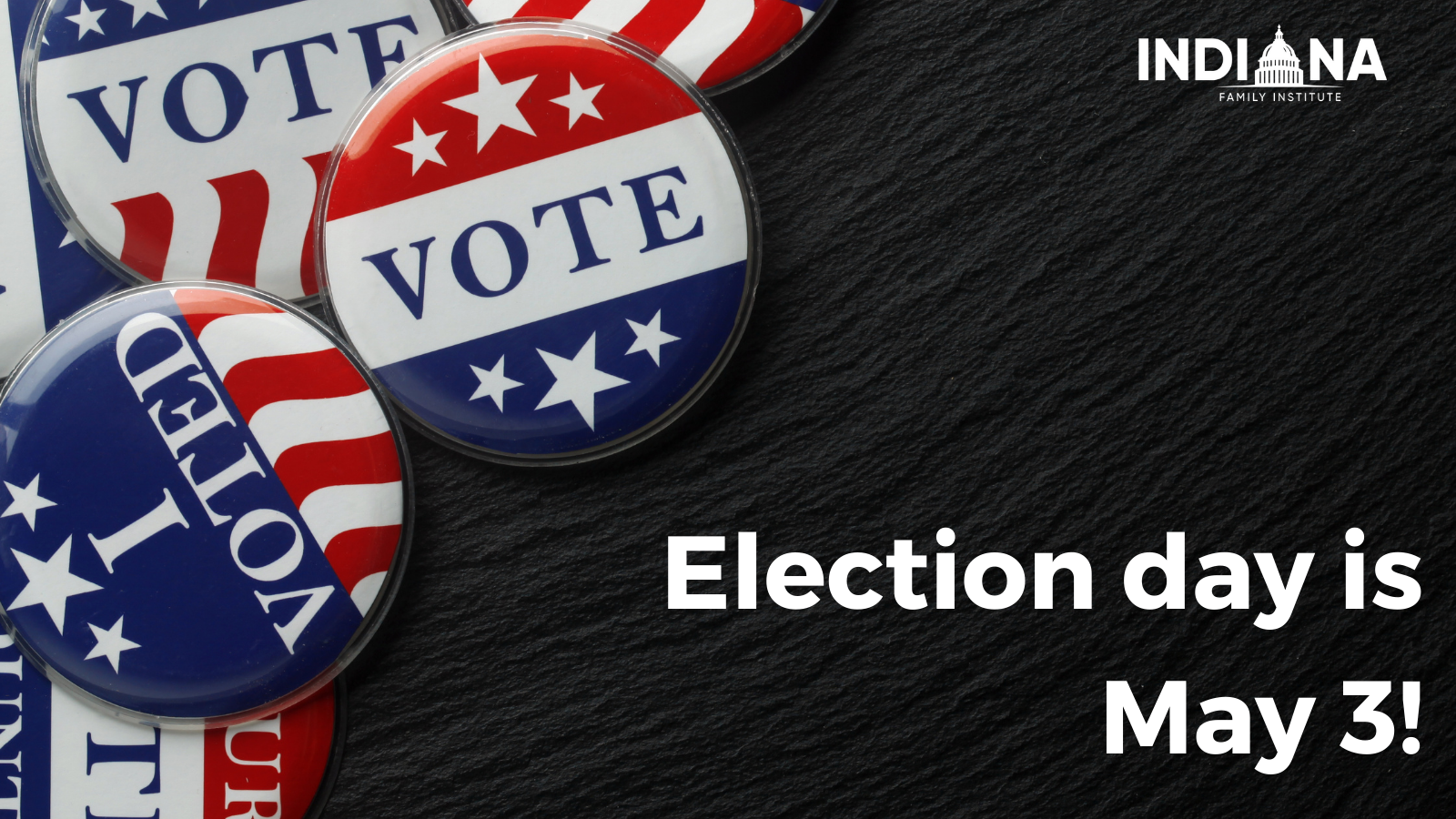 Indiana’s primary election is rapidly approaching, and today is the last day to register to vote.

Early voting will take place from April 5 – May 2 and election day is May 3. To check your voting status or to find your polling place, click here.

IFI has partnered with Indiana Family Action (IFA), our advocacy organization, in issuing a voter guide to provide you with the best opportunity to find the information you need on candidates running for elected office.

Party primaries are one of the most important elections and carry the greatest impact on our country. We will be voting on state and federal legislators who have the ability to shape the future of Indiana as well as our nation.

These last two years our country has gone through major changes, and we have lived through the failures of so many destructive policies at the federal level. With midterms happening this fall, we must push back.

Hence why primaries are so important. We are not just voting for an individual; we are voting for the preservation of Christian, conservative ideals. Life, liberty, and family are on the ballot, and it is integral to elect lawmakers that will represent and fight for these issues not only at home, but in Washington, too.

The men and women before us fought for the rights we enjoy today, and we mustn’t let their sacrifices be made in vain. America is one of the last truly free nations in the world, and we should take advantage of our ability to vote and make our voices heard.

If you would like to get further involved and spread the word in your community, check out the church and neighborhood outreach pages.

As President Dwight D. Eisenhower said, “The future of this republic is in the hands of the American voter.”

See you at the polls.